A NEW DAWN FOR THE PLANET FUNK 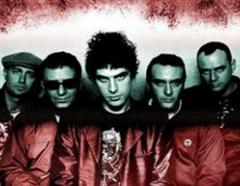 Another Dawn, Another sunrise and translation of ‘the title of the new single from Planet Funk. And the return of the band two years after the publication of the first collection of hits. The Italians are Planet Funk, the band consists of Alex Blacks, Domenico Canu, Sergio Della Monica and Marco Baroni.
Aanche for Another Sunrise, 80s electronic sounds are a trademark for the band, where he returned to mix with a pinch of Rock. And this single was chosen as the soundtrack of the unauto.
Also going to start a national tour that will promote a new solo album, and that training will make a stop in many Italian cities.