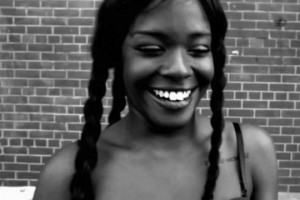 Azealia Amanda Banks is an American rapper, singer and lyricist from Harlem, New York  and formerly known under the pseudonym Miss Bank$.  On December 5, 2011, the BBC announced that Banks had been nominated for the Sound of 2012, where she ultimately finished third. Her debut single, “212” featuring Lazy Jay, was released on December 6, 2011, charting in some European territories.