BEYONCE 'BEAUTIFUL OF THE REALM 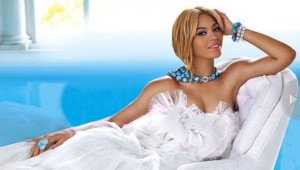 BEYONCE ‘THE MOST BEAUTIFUL OF THE REALM
The traditional ranking of the most beautiful women in the world, compiled annually by the weekly People, marks a change of leadership of the appeal: the queen of the 2011 ranking, the quarantatreenne Jennifer Lopez, giving way to a radiant new mother thirty Beyoncé. From a Latin star to a African American, younger than 10 years: This is the verdict of the experts of the magazine, which announced the winner of this year, on the cover of the special issue that is going to go on sale. And she, Beyonce, who recently gave birth to the little Blue Ivy Carter fruit of her love affair with Jay Z, commented: “I have never felt more beautiful than now, and it is so because I gave birth to a new life ”

THE DIET OF LADY GAGA