Written by ester arrigoni on September 30, 2011

Britney Spears is in London with his ‘Femme Fatale Tour’ which has reached Europe, and was “paparazzed” in the 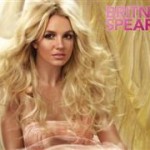 British capital while filming the video for the new single ‘Criminal’ in which we will see her holding a gun and wear a hood. The video is about a high society girl who leads a life very different from that of the person she loves. In the video we will witness the meeting of these two distant but very close and how this union will end. Meanwhile, the star’s lawyers have asked for a total sum of 660,000 euros to cover all legal fees. After his psychological meltdown occurred in 2008, the court had established the singer’s custody to a guardian, responsible for managing its assets. Her father Jamie is one of the persons responsible for the finances of the star and his lawyers have asked for a fee of 174,000 euros, to be added to that of the guardian, which amounts to 228,000 euros. With the remainder will be paid for all the other lawyers involved in the work of the star. It was established at the hearing in November to discuss the various legal requirements.