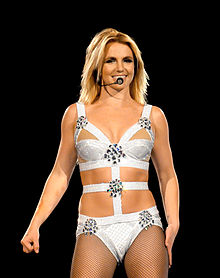 Now it is established the fashion of famous judges in television. And in fact, is fresh news that after many months of bargaining, it seems that Britney Spears will be one of the judges of the next American edition of X Factor. The pop star will receive 15 million dollars per season. The contract would have already been signed. Britney is going to replace Paula Abdul and Nicole Sherzinger, the two former judges dismissed.

THE MOST 'RICH AND POWERFUL? J.LO