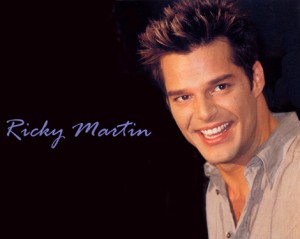 On April 5, Ricky Martin has been on Broadway for the premiere of the musical “Evita”.
The Puerto Rican singer has starred as Che Guevara and Eva Peron’s Argentina was interpreted by the singer Elena Roger.
The musical debuted at the Marquis Theatre in New York
‘Evita’ was created thirty years ago by the historical figures like Andrew Weber and Tim Rice. In 1996 it was the movie version with Madonna and Antonio Banderas. The Spanish actor had the role of Che.
This show marks the long-awaited comeback of Ricky Martin, after the end of his tour “Music + Soul + Sex”, held last year to promote the eponymous disc. For the singer is a return to Broadway, because in 1999 he starred in the role of Marius for “Les Miserables”.