CHRISTINA IS FROM THE COUNTRY 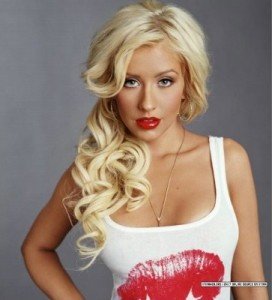 CHRISTINA IS FROM THE COUNTRY

You know the new fashion of American singers is to participate as a judge at various music programs from the new X Factor The Voice.  Even Christina Aguilera has not escaped this fashion. Christina can not wait to record a duet with his colleague and judge of the U.S. version of The Voice. The star is willing to approach country music just to record a song with the movie star Blake Shelton. In fact, while Aguilera is famous for his pop songs like ‘Genie in a Bottle’, Shelton has emerged as the star of country music with songs like ‘Austin’. After they were seated side by side as judges of the U.S. version of the The Voice talent, Aguilera was asked to duet with her colleague in a new song. The last episode of the talent 31 year old singer has performed in song ‘Fighter’ which has already topped the American charts. For the occasion she wore a sexy bustiers, a pair of hot pants, a cowboy hat and sang the song together with his team of four competitors

THE DIET OF LADY GAGA

THE SPIRIT OF NELLY