Clean Bandit are an English electronic group founded in Cambridge, England, in 2009. The group consists of Jack Patterson, Luke Patterson, Grace Chatto, and Neil Amin-Smith. Their 2010 single “Mozart’s House”, released on Black Butter Records, reached number 17 on the UK Singles Chart. In January 2014, they scored their first UK Singles Chart-topping single with “Rather Be”, a collaboration with Jess Glynne, featuring elements of both classical and dance music. “Rather Be” remained at the top of the chart for four weeks. In 2014, they achieved their first US top 10 single with “Rather Be” peaking at number 10 on the Billboard Hot 100. In 2015, “Rather Be” won the Grammy Award for Best Dance Recording. Louisa Johnson (born 11 January 1998) is an English singer from Thurrock, Essex, England. She was the winner of the twelfth UK series of The X Factor in 2015. At 18, Johnson is the programme’s youngest winner and is the only winner whose winning song did not reach number one. Sources: Last.fm, Wikipedia
Share this…

Adam Lambert
Born in Indianapolis, Indiana, shortly after his birth the family moved to California. He grew up in Rancho Peñasquitos...
CONOR MAYNARD
Just another "youtube talent", Conor maynard, 19 years, English has the voice that reminds us of the most 'famous hits b...
Cher Lloyd
Cher Lloyd (Malvern, July 28, 1993) is a British singer-songwriter. He participated in the seventh edition of the talent...
Deep Zone Project
Making music and history since the beginning of the new millenium, Deep Zone Project is one of Europe’s favorite and mos...
♥ SUBSCRIBE HERE 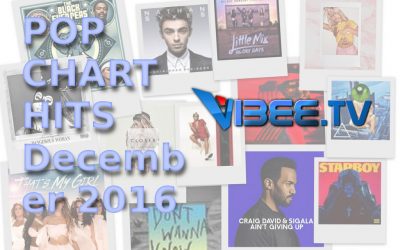