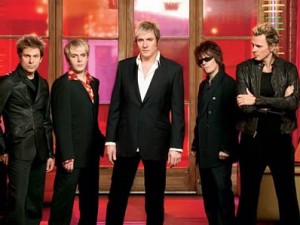 They’re back. The legendary Duran Duran will be in July in Italy for two stages of their upcoming summer tour.
After the cancellation of the concerts in 2011 for the problems to the voice of singer Simon LeBon, the British band pop icon announces these concerts including two in Italy, July 16 at the Arena di Verona and 18 at the Foro Italico in Rome.
After the shows in Europe, the group held several dates in Australia and South America.
The two Italian concerts will be an unmissable opportunity to hear live tracks from the last record production of Duran Duran, “All You Need Is Now”, published in March 2011 and debuted at the top of the list of downloads in fifteen countries. Certainly not miss the great classics from their vast repertoire.

THE SUCCESS OF MICHEL TOWEL 'It REAL?