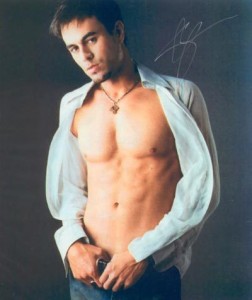 Over a year ago we spoke of “I like it”, a duet between Enrique Iglesias and Pitbull included in the album “Euphoria” of the Spanish singer.
Now comes a new single but has almost the same extremes of that: the artists themselves, almost the same title (“I like how it feels”) and even from the same album, even if it is a re-release.
The song actually is part, along with a couple of unreleased, reissue of a disc bilingual did rack up awards, with over four million copies sold.
“I like how it feels” is not a track-tails of his namesake, there are indeed attention to the latest trends in fashion and whistled tunes as a triumphant chorus. These are flanked by a beat dancefloor rather fluid and, icing on the cake, the wise contribution of Pitbull with his winning rap.

THE COLLAPSE OF THE CD