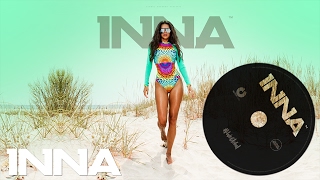 Hello from DANIELE MILANI , This time the new Micromix includes 4 Summer new tracks that are entered into the playlist this week on V2BEAT, let's have a look: This week's new Micromix which includes 4 tracks 1 - Kygo, Tina Turner - What's Love Got to Do with It (Extended Mix)  New single from the Norwegian Kyrre Gørvell-Dahll. Here you win easy, took a hit by Tina Turner leaving the song in its purity then adding only a very soft bass drum and its unmistakable sound. 2 - Dj Khaled feat. Drake - GREECE (DJ ROCCO & DJ EVER Read more

Hello from DANIELE MILANI , This time my new Micromix includes 4 current new tracks that are rotating this week on V2BEAT, let's have a look more in detail:

Hello from DANIELE MILANI , With the hundreds of new songs coming out on the world music market every day it is really difficult to be able to choose the right music track that will easily become a success. But with patience (and a long time) this work also becomes a pleasure. Here, as every week, I propose 4 music tracks that I think are more suitable to be played and inserted in the rotation of V2BEAT Music television: 4 of new fresh POP/DANCE MUSIC  tracks 1 - Maroon 5 - Nobody's Love Remix (Robin Benjamin Remix) "Maroon 5" is Read more

Ed Sheeran performs with Beyoncé at Stevie Wonder: Songs In The Key Of Life …