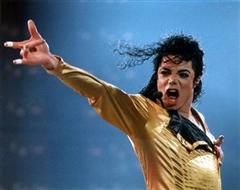 TRIBUTE TO MICHAEL FROM THE  “JACKSON”

The Jackson brothers, Tito and Rebbie, are trying to organize an event dedicated to Michael, a series of concerts in memory of their legendary brother. They will perform in a series of dates in the UK and in Europe next year. The Most of the show will be ‘devoted to stories and memories about Michael that the public has never heard with questions and answers with the public
The tour, titled “A named Michael Jackson: Remembering a legend”, it will begin ‘next March.

10 minutes: only lasted ten minutes of the presale tickets for the Janet Jackson concert in Los Angeles. The date is April 14 and the tour is titled Number Ones: up close and personal. "Really amazing how in just 10 minutes have been burnt all x tickets the show. After the 2008 tour witch you rock tour, this is in fact the new show of the big sister of Michael Jackson. A concert, according to the same Janet, will be different from all previous ones because there are no special effects, but only the songs that fans have become number Read more