Written by David bRiOz
What is the basis of jealousy? What all would answer, of course, the fear of being betrayed, losing a partner, the person with whom you have built a relationship of love, you are done projects, embarked on a journey together. It is absurd to think that, at any moment, the object of our desire, to divert their affection, their passion and their projects to another person.
But jealousy has deeper roots of this, sinking into the ground of our genetic heritage. It is in fact a reflection primordial that comes from our instinct, and is an unconscious response due to a very long natural selection. At the time primitive mankind, the males that protected the integrity of one female, not safeguarded the continuity of their genetic heritage, as this could be fertilized by others.

Similarly, females who tolerated their partner looking around looking for other concubines, were likely to find themselves alone and unable to care for their offspring. In short, those who indicated a jealous reactions, were more likely to reproduce and multiply this by sending their offspring to the winning instinct.

If you look at the animal world, it is noted that the “jealousy” is more widespread than you might think. An example is irrefutable that the American male passerine Sialia Sialis that surprising if a stranger within his nest, does not just cast it out with blows to settle properly beak and wings, but also treats his partner, breaking finally their union. The sea lions are so dedicated to the defense of their harems, to forget all the mating season of eating and drinking. To say nothing of the female Calidris melanotos that engages real battles with no holds barred, in defense of their nests (and its male) at the approach of a potential rival. In short, the issue of sexual exclusivity is far right of the human species

Obviously, the man and culture have transformed this primitive inclination territorial feeling much more structured and complex, full of variations and nuances, which precisely goes by the name of jealousy. A key impetus in the process of evolution, as found in the essay masterfully The Dangerous Passion of prof. David M. Buss, University of Texas. But be careful with the doses. If a little ‘jealousy is good and sometimes it is useful also to awaken the attention of the partners, exaggerating, you may get the opposite effect. Jealousy can be destructive because in many situations, especially in people with low self-esteem, which often have feelings of inadequacy, helplessness and lack of security. In fact, these individuals tend to live constantly in a state of alarm, always with the fear of being abandoned by their partner. And so I wonder all the time, become suffocating and obsessive, anxious oversee, monitor receipts and phone pockets, and end up ruining the love story. In extreme cases trigger real diseases that must actually be cured with drugs, they raise the level of serotonin in the brain, the neurotransmitter that is particularly absent in patients with obsessive compulsive disorder.

As he emerged from an essay by Professor. Virgil L. Sheets of Indiana State University, a high rate of jealousy causes frequent quarrels between the couple that eventually end up damaging relationships and emotional stability of the union. Better then to live more peacefully and not poison the married life with quotes and often unfounded suspicions. Series, watch yes, but a grain of salt. Remembering always that the main pillar on which rests a relationship between two people is trust.

Learn How to be Funny to win a girl 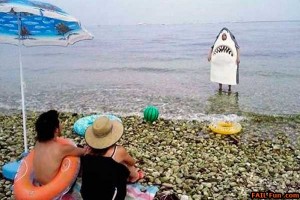