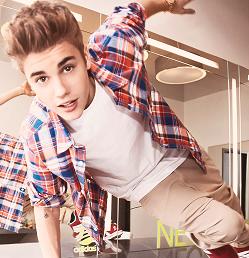 Justin Bieber has met the Prime Minister of Canada Stephen Harper wearing a dress completely unsuitable to the occasion and causing harsh criticism from journalists. In particular, he wore overalls fastened in the middle, a white t-shirt and a hat too carried backwards (while the politician wearing a jacket and tie). For this he was called by a journalist ‘white trash’, literally ‘white trash’. The 18 year old had to retrace his steps to try to justify themselves. “The photo was taken in a room that is located within the arena of hockey where I was showing that day. I went straight to meet him there where I was, it was not as if you were going to his office, “said the singer.

EU MUSIC AWARDS 2012: ALL THE WINNERS