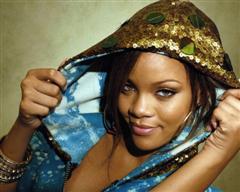 Lady GaGa and Rihanna sued. While Lady Gaga will defend the charge of having been negligent in making and managing the marketing of charity bracelet in favor of Japan, Rihanna was sued 2 times: the first claim is by the famous photographer David LaChapelle for the video for “S & M “. LaChapelle said that the music video of Rihanna and largely derives directly from his works. The second lawsuit Rihanna is from another photographer, the Parisian Philipp Paulus who has sued the singer again for the video “S & M” because he believed the idea was stolen from a photo (a model against a wall surrounded by the “x “made by black tape). The lawsuit was filed for copyright infringement

Cindy Lauper IN ITALY, ONLY BLUES