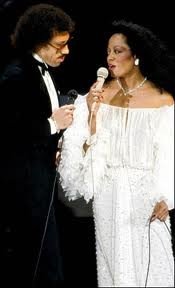 Billboard, the legendary English magazine, the bible of music, has selected the forty most beautiful duets of all time. In first place are Diana Ross and Lionel Richie with “Endless Love” in 1981. is the soundtrack for the film “Endless Love” with Brooke Shields. The song spent nine weeks at the top of the charts around the world and gave the history of music one of the most exciting moments. John Travolta and Olivia Newton John with You Are The One That I Want “in 1978. Grease soundtrack of the film and performed by the two protagonists of the film John Travolta and Olivia Newton-John was a big international hit which reached number one in many nations. In the British singles chart the song remained on top for nine weeks in the summer of 1978, and is currently the sixth single has sold more copies (1,975,000 copies) in the United Kingdom. And here emerges among the most beautiful duets in the world a song very current. This 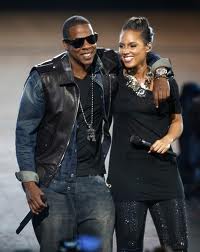 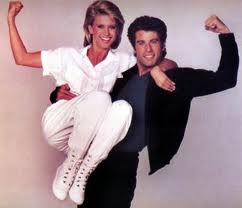 in 2009. It ‘s a tribute to the birthplace of Jay-Z and Alicia Keys, New York, and uses a sample of the song “Love on a Two-Way Street” by The Moments. The song was presented for the first time during the benefit concert of Jay-Z, Answer the Call, held at the Madison Square Garden on September 11, 2009. Then it was played live during the MTV Video Music Awards 2009. The song debuted at the fiftieth on the Billboard Hot 100, peaking at the fifth position in the standings the following week, and the summit November 18, 2009, held for five consecutive weeks. And of course could not miss the great and legendary Michael Jackson also duets on the list of most ‘beautiful in the world. This is particularly of “I Just Can not Stop Loving You” sung in 1987 with Siedah Garrett. I Just Can not Stop Loving You is the first single from Michael Jackson’s Bad album. It was recorded in 1982 but never published until 1987. Written and composed by Jackson, the song should be sung by him and a woman between Barbra Streisand, Whitney Houston, Aretha Franklin, who refused. The version contained only the first release of the album Bad, is introduced by a speech by Michael lasting 25 seconds. Even Michael Jackson, this time with Michael Jackson and Paul McCartney in “The Girl Is Mine” in 1982. Included in his multi-platinum album Thriller in 1982. The single was awarded the gold in the United States for sales exceeding 500,000 copies. And finally the last to mention are duets by Paul McCartney and Stevie Wonder with “Ebony and Ivory” in 1982 and The Time Of My Life “, the soundtrack of the 1987 film” Dirty Dancing, sung by Bill Medley and Jennifer Warnes

ROMANIA: THE LAST FRONTIERS OF THE EUROPEAN DANCE After Edward Maya and Inna, Romania continues to churn out new names in dance. The last in order of time is a nineteen year old student of management with the hobby of music and that's the incredible success of that with Mr. Stan Alexandra Saxo beat goes crazy for a few months in Italy. Impossible not to dance and sing this song when you listen. And it is the song + dance in discos. Will maintain the primacy x throughout the summer and become the new catchphrase?       Marco Guarino