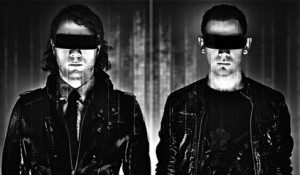 NERO is the name of a band of music in London dubstep, drum and bass, house, Electronic, composed by Daniel Stephens, Joe and Alana Ray Watson. In 2004 he published Space 2001, piece in the vinyl Straight Outta Leicester published by the Reformed Recordings. Shortly after Sasha Frere-Jones, reporter for the New Yorker Magazine, reports the remix of Blinded by the Lights performed by The Streets of Blacks, as one of his favorite tracks of 2009. The song is broadcast by radio and played by DJs such as Chase & Status, Skream, Tiësto and Diplo. During autumn 2011, the group travels the United Kingdom and the United States on tour, with support from Tinie Tempah.