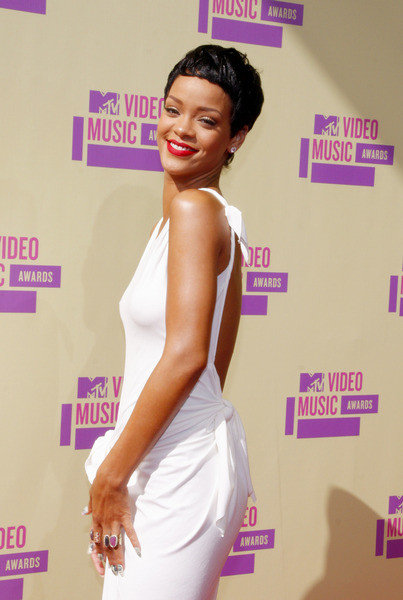 On November 19, the new album “unapologetic” of the singer RIHANNA and post the photo on Twitter. Last year was voted the sexiest woman in the world. This year, Rihanna has been superseded by Mila Kunis, so just to revive the memory on her sex appeal, she decided to pose nude for the cover of the new album, “unapologetic”, due out November 19. The singer has announced on Twitter the name and date of the last effort. And, of course, posted the photo, topless, covered only by the writings and numerous tattoos.

Just a few weeks ago at the end of September, Rihanna had launched the single “Diamonds” that he had not lived up to expectations by climbing the world rankings. Now the 24-year old pop star is preparing to make known the whole album. For the Barbadian singer is really a golden moment from the professional point of view. What always disturbs is the heart. It seems that is re-approached ex-boyfriend Chris Brown, who in 2009 was arrested after assaulting her. The two were in fact spotted in New York as they kissed before enjoying a private concert by Jay-Z

TAKE ME FROM ONE DIRECTION