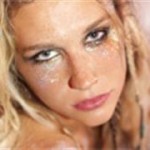 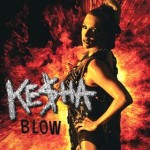 New Single Ke$ha: just came out, hot hot Kesha’s new single, entitled Blow. Is the second single from Cannibal, by which EP Ke$ha is consolidating its reputation as a new pop star. The song is a hymn to be fun nightclub to Ke$ha want to see people smiling and covered in sequins. This individual also manages to bring in the dollars that appear in the name of $ name?