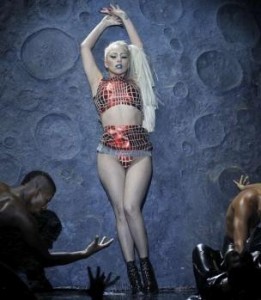 Yet another smash hit from the album “Born This Way”, the pride of Lady GaGa. After the eponymous Born This Way, Judas, The Edge of Glory and the recent You and I, will be “Marry the Night”, the song that opens the disc, to be launched as fifth single.
“Marry the Night” was born in 2010 in collaboration with the producer and artist Fernando Garibay Mexican composer, with whom he had already carried out Dance in the Dark, which describes the same Gaga with a prologue, the first time a sort of “Marry the Night. ”
Technically, the disc is a composition of Popdance and Electro, which opens slowly enough to seem like a ballad, but soon explodes into its full charge.
The single was performed live by a few days ago Lady Gaga, on the occasion of the “European Music Awards in Belfast,” where “Germanotta” won four trophies: Best female artist, best song, best video (both for Born This Way ) and greater number of fans.

Kelly Rowland on the dancefloor

LOVE ON TOP FOR BEYONCE '