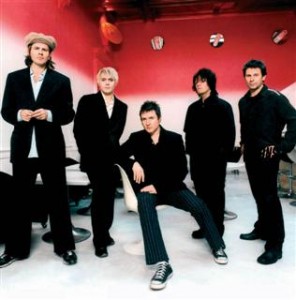 A great comeback, Duran Duran. Thirteenth studio album from the British group, 30 years after the first self-titled album, which turned out to Simon Le Bon and the group.
“All you need is now” This is the title of the new album and also the first single from the album, which follows the earlier work, a little lucky, to tell the truth, “Red Carpet Massacre. ”
Duran Duran took advantage of a great collaboration, Mark Ronson, DJ and producer who has successfully reworked in a more modern sounds that seem to those of the early work of the group. the album “All you need is now, will be exclusively on I-Tunes portal until February when it comes out the classic version with three extra tracks from the 9 today. Released on December 21 last, the album flew to the head of the charts and even now is maintaining the top.
Now Duran Duran are no longer a teen band, or rather to tell the truth than they have ever been even though they often have been unfairly painted as well. we’ll see if this will be just a flash in the pan or the umpteenth revival.

M. POKORA IS OUT WITH OBLIVION