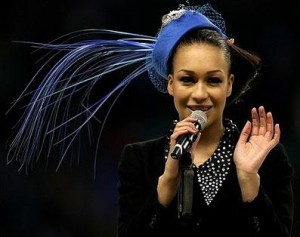 Rebecca Ferguson was born in Liverpool on 21 July 1986. Rebecca has become famous thanks to the participation in the seventh season of the British talent show The X Factor, which hath been a runner. A year later he released his debut single’s Real Nothing But Love, followed two weeks later by the album Heaven, which has reached the third position of the UK charts.Rebecca is a single mother of two children from Anfield, a district of Liverpool. She graduated all’Hugh Baird College in Bootle as a legal assistant. Before being taken in its seventh year, had no audizionato results for other seasons of The X Factor and for the talent show American P. Diddy’s Starmaker in New York.
website: http://www.rebeccaofficial.com
READ ALSO
Azealia Banks

POWER DANCE IS OUT!

WHITNEY IN THE LIFE OF A BOOK