RIHANNA PRINCESS OF CHINA
Rihanna’s “slanted eyes” trick to make the Queen of China. Chris Martin, however, is dressed in black and clutching a saber in the air. These are just some of the pictures of the backstage video of Princess of China,” the fourth single from the album “Mylo Xyloto” by Coldplay. The song has been specially designed by Chris Martin’s voice and Rihanna purely pop musical takes close to the singer. Chris Martin said: “There is slightly at wanted ‘to find the courage to ask her.” We did a concert in Las Vegas,” I met her and I said: Â “Do you think there’s any chance? and she said “yes”. Her voice is crazy, concluded Martin.
Coldplay will play at the Olympic Stadium in Turin on 24 May for the” only Italian date of their tour. 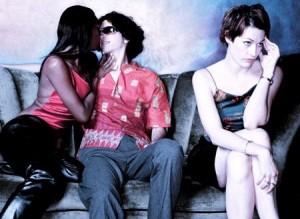