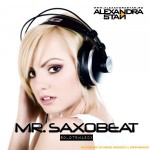 ROMANIA: THE LAST FRONTIERS OF THE EUROPEAN DANCE

After Edward Maya and Inna, Romania continues to churn out new names in dance. The last in order of time is a nineteen year old student of management with the hobby of music and that’s the incredible success of that with Mr. Stan Alexandra Saxo beat goes crazy for a few months in Italy. Impossible not to dance and sing this song when you listen. And it is the song + dance in discos. Will maintain the primacy x throughout the summer and become the new catchphrase?

READ ALSO
USA TODAY Song of the Year: Sam Smith's 'Stay With Me'