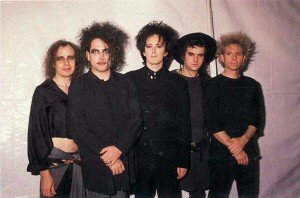 The “CURE” IN ITALY

To the delight of all fans return, the Cure, Robert Smith and company will return to perform in Italy: July 7 will play at the Heinekunz Jammin ‘Festival at the Fair at Rho (MI) and July 9 at the Hippodrome for the Capannelle ‘2012 edition of “Rock In Rome.”
In 2011 the band participated in the “Bestival” Isle of Wight, a concert with over thirty songs in the set list and performed at the Royal Albert Hall in London with the show “Reflections”, in which he played in full live the first three albums of his career (“Three Imaginary Boys”, “Seventeen Seconds” and “Faith”). This year, the Cure have decided to go live with a set of nearly three hours of music, the lineup includes fourteen songs from the unreleased album of their career, including those that are part of their epic work “Wish”, which this ‘year marks the twentieth anniversary.

BEYONCE 'FROM BLACK TO WHITE