THE RETURN OF THE JACKSON FIVE? 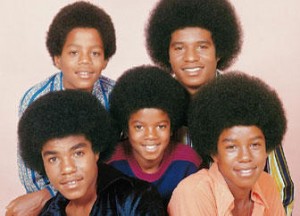 Those were the Jackson 5, of course, without Michael Jackson, may soon get back together for a tour. He said one of his brothers, Jermaine, at the opening of the exhibition of wax figures proposed by the Hollywood section of Madame Tussauds. “Michael would have wanted us to continue,” said Jermaine. We need to continue to do this music because it is a comfort. “The exhibition will remain on Hollywood Boulevard in Hollywood until August 29th (the anniversary of the birth of Michael), then in September will move to Las Vegas.

Cindy Lauper IN ITALY, ONLY BLUES