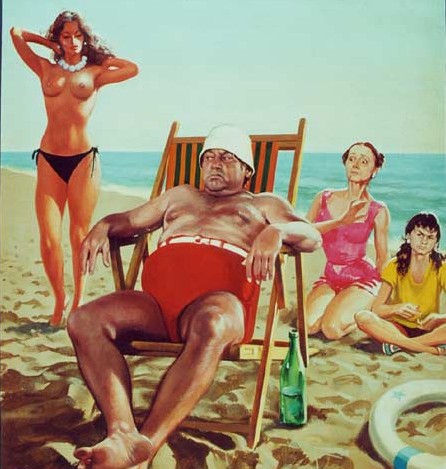 Last week we saw what men do during sex, now we see what they think.

Many men in those moments it merely focus to delay orgasm.

Some, however, are totally absorbed in their partner which they hope to experience a unique pleasure that makes it seem like amateurs all other partners.

Then there are the victims of the condom, a true enemy of the excitement in men and this is real distraction for those who have a good relationship with it for those who do not ever remember where they put it.

The victims of “Who made me do?” When a man longs to be in the midst of a sexual relationship that does not satisfy him think of nothing else: from gas bills to football, all distractions are good.

Proponents of threesomes. Sometimes he could think of another: his ex still loves you, your friend that he liked best, a girl who was, who had her breasts smaller but the bum was more beautiful.

Dynamics of the urine
Two American scientists are facing a secular and never solved the problem of humanity : that of splashing pee in urin...
Beard is Sexy?
Let me see Mary ... and yes, you have a beard. but do not worry because a study carried out by two Australian researcher...
3 hours Orgasm long
Seattle, woman hospitalized for  an orgasm lasted three hours "Do not you think it's funny." It 'was the warning of Liz,...
cats recognize the master's voice , but they ignore it
I should do like cats ... I should pretend nothing happened when I listen to your voice .... in fact, a search showed th...
♥ SUBSCRIBE HERE