YouTube videos featuring Beyonce and Pitbull  encourage young girls to smoke and drink…
By authoritative scientific research, it appears that many of the video clips shown on media outlets bring generations of young people to the habit of drinking and smoking. In particular, the video of Beyonce ‘and Pitbull, have the highest content related to the use of alcohol and tobacco. The high exposure of these practices would cause especially girls-target ranging from 13 to 15 years, according to a scientific study. 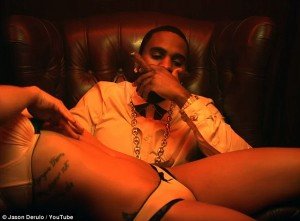 The content more ‘high have been observed particularly in the video of Beyonce’ “Drunk in Love” and Pitbull “Timber”.

It has been noted that these videos create suggestion and teaching practices of drinking and smoking. The effect referred to as a “emulation” lifestyle. This effect is by no means new, and many generations in the past have copied styles and ways by many artists of the world Rock to name one.
The effect emulation is also defined as “the Sheep Effect”, ie, when a sheep moves in a direction also all the others will follow that direction. 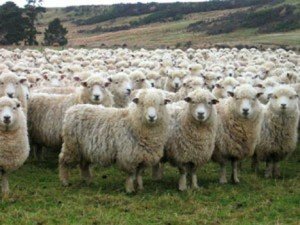 Of course it’s not nice to compare the young girls in the sheep but this appears to be the basis of the effect of emulation.

Currently scientists are studying how to raise sheep to avoid the emulation between them.

For a sheep-specific targets are made many times to see the video of Beyonce ‘and Pitbull from media outlets like youtube.

Scientists have noticed that the sheep gradually be encouraged to drink and to smoke, starting a vicious cycle that is to be imitated by other sheep of the same age. 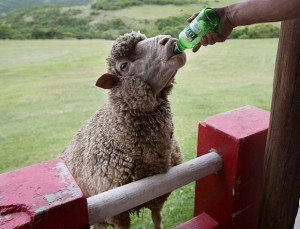 This leads to some very specific side effects such as the fall of the hair of wool to complete baldness body.

Also the sheep has masochistic tendencies, and often wants to see more video clips where smoking and alcohol are very present.

Girls and sheep are warned: avoid “the side sheep effect!”…