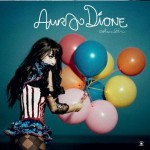 Aura Dione (Copenhagen, 21 January 1985) is a Danish singer and songwriter. Born from Faroese and French mother and a Danish father of Spanish origin, has been interested in music since childhood, at the age of 8 years composing his first song. His parents were hippies, and spent his life sailing the oceans around the world, until they settled on Bornholm when she was 7 years. Here he began to attend compulsory schooling, after which he made the high school before dropping out because he decided to move to Australia, where he got inspiration for some of his songs, including the debut single Something from Nothing.

In the summer of 2007 she released her first single, which reached number 7 in the Danish singles chart. In 2008 he was put on the market the single Song for Sophie, which preceded the publication of his debut album, entitled Columbine. But it was with the song I Will Love You Monday that managed to gain international acclaim in the last months of 2009 came in the top 10 German, Swiss and Austrian. This led Song for Sophie to reach positions more or less high in the rankings of these nations.

In September 2011 releases his new single, called Geronimo, which debuted in eighth place ranking in Danish. It anticipates the singer’s second album, Before the Dinosaurs, published in November of that year.
Website http://www.auradione.com/ 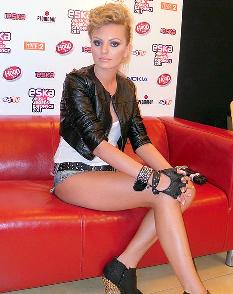